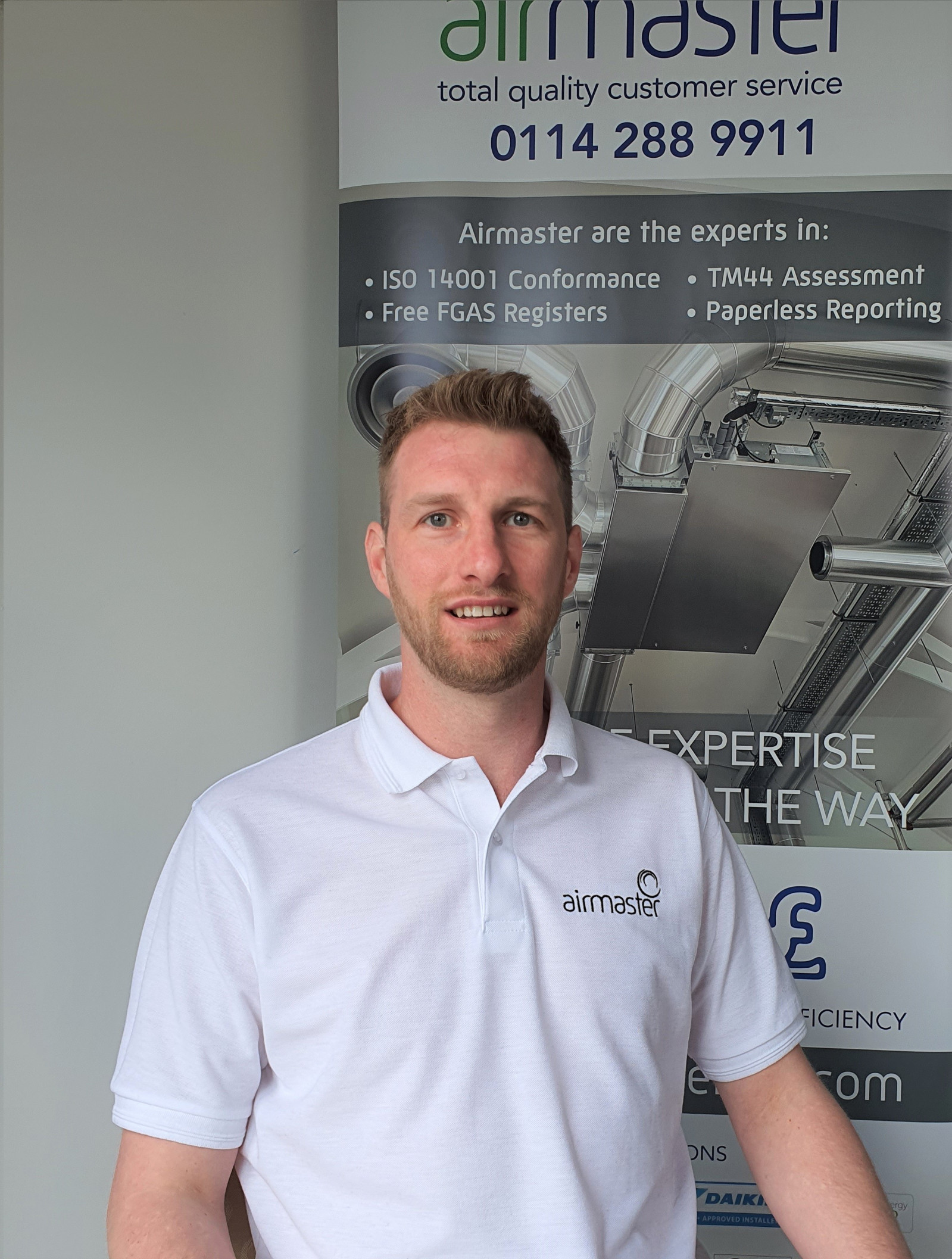 Lee Martin, 31, from Lowedges, Sheffield, joined #TeamAirmaster at the end of March as Senior Contracts Manager in the Maintenance Department.

Lee had previously worked with Airmaster colleagues Michael Archbould and Ross Blackwood as their apprentice at SES in their Sheffield office and was approached by Ross to join the team at Airmaster.

Lee said, “Everyone has made me feel welcome, getting to know people and learning new skillsets. As this role is an office-based role with only a 20-minute commute to work it gives me a better work-life balance.”

Lee undertook a 4-year apprenticeship gaining NVQ City & Guilds Level 3 HVAC through block release to Leeds College of Building whilst working at SES, whose Head Office is in York. Before starting his apprenticeship, Lee had done work experience as a plumber.

In 2006, Lee joined an M&E fit out contracting company based in Derby as a Project Manager where he has spent 4 years working on sites in London.

In 2011 he took 6 months out to go travelling in Australia and New Zealand, he travelled independently staying in hostels before meeting up with a friend in New Zealand where they hired a campervan to tour the country, experienced various things including the highest bungy jump in New Zealand the 134m Nevis bungy jump, along with a 15,000Ft sky dive over Franz Josef Glacier!

2011 was the year of adventure and travel for Lee as he also visited Las Vegas, the Grand Canyon and went on the Skywalk - the breath-taking 10-foot wide, horseshoe-shaped glass bridge which extends 70 feet out over the rim of the Grand Canyon, giving a clear view 4,000 feet to the Canyon floor below! Lee also visited Florence, Pisa and the Montepulciano region of Tuscany.

Welcome to our microsite, please tell us your name, company and email to chat with a member of the team.